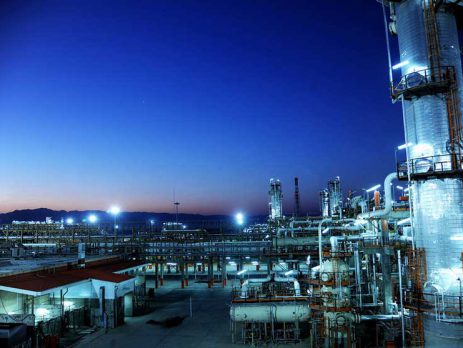 Some 120 kilometers southeast of the southern Bushehr Province, Iran owns a gas field holding over 57 tcf of gas in place. North Pars is among fields with high potential for investment. The field is estimated to require $16 billion in investment, including $5 billion in the upstream sector and $11 billion in the downstream sector (mainly LNG plants).

North Pars was discovered in 1963 following 3D seismic testing. Then, 6 exploration, appraisal and development wells were drilled for the field development. Two foreign companies including Exxon were in charge of North Pars development. That was halted in 1979.

At the time of its discovery, North Pars was the largest gas reservoir in Iran. Investment in North Pars was accelerated until the jointly-owned South Pars was discovered to become Iran’s top priority.

Today, South Pars is in its final stages of development and it is time for North Pars to undergo development.

A brief review of North Pars shows that 17 wells have so far been drilled, while 26 offshore platforms have been installed at North Pars. However, development and production are yet to start there.

North Pars whose production capacity equals four South Pars phases, has capacity to produce 3,600 mcf/d of gas. Such recovery would require drilling 46 wells. The rate of recovery envisaged for North Pars stands at 61%.

North Pars’s gas is planned to be used at LNG plants in order for Iran to produce 20 million tonnes a year of liquefied natural gas.

A priority for National Iranian Oil Company (NIOC) after US sanctions are lifted is to finance and attract manpower for new projects, including North Pars. The North Pars development is envisaged in four phases, each phase with about 1.2 bcf/d of gas.

About IRR 12,000 billion is estimated to be required for infrastructure like utility, water, jetty, access routes, helicopter center, emergency centers and telecommunications.

The Exploration Directorate of NIOC and Pars Oil and Gas Company are jointly conducting studies to have a precise estimate of gas reserves in North Pars.

In case North Pars becomes a special economic energy zone, it would be possible to offer facilities to investors. This issue is currently under review.

North Pars has also oil layers with an API gravity of 12.

NIOC and Sinopec signed a $16 billion agreement in 2007 for the development of North Pars in four phases, but the Chinese firm pulled out of the project.

West Karoun is a quite vast area on the western bank of Karoun River, extending up to Iran-Iraq border.

West Karoun belongs to oil-rich Khuzestan Province, but during the Iraqi war in the 1980s and post-war calamities like mined areas, oil exploration and production could not materialize.

However, the valuable oil deposits in this part of Iran are now for certain, a significant part of which lies in the Band Karkheh field which holds heavy crude oil. West Karoun’s fields are mostly shared with neighboring Iraq. National Iranian Oil Company (NIOC) has given priority to the development of these fields for oil production with a view to adding 1 mb/d of oil with an investment of more than $20 billion to national production.

Band Karkheh is an independent oil field, which was introduced by NIOC for investment a couple of years ago.

Measuring 50 kilometers long and 5 kilometers wide, this field is estimated to contain over $4.5 billion with an API gravity of 24 at Ilam and Sarvak geological formations.

Band Karkheh is administered by the Arvand Oil and Gas Production Company, but Petroleum Engineering and Development Company (PEDEC)is assigned with its development.

In 2007, a well was drilled for the appraise Ilam reservoir, which proved the possibility of recovering at least 1,000 b/d of crude oil from Ilam formation. Sarvak formation is estimated to hold 2.5 billion barrels of oil in place.

A European firm had discovered oil in Band Karkheh under a deal with NIOC. The company had to leave Iran when international sanctions were imposed on Iran and the development project was halted. Once this company left Iran, PEDEC and AFSIC had signed their memorandum of understanding for cooperation.

Early production is expected to increase more than 7,500 b/d from this field, but seismic data processing and interpretation will make it clearer.

Oil is expected to be transmitted from Band Karkheh to West Karoun’s pumping station. Meantime, mobile processing facilities are available.