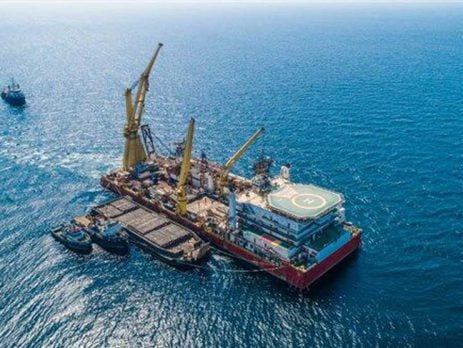 CEO of Pars Oil and Gas Company (POGC) Mohammad Meshkinfam has said development phases of the giant offshore South Pars gas field, except for Phase 11, would have been completed by March 2022. Iran is currently recovering 700 mcm/d of gas from South Pars, outdoing Qatar with which it shares the giant reservoir.

Until 2013, maximum recovery from South Pars stood at 280 mcm/d with 17 phases in semi-finished state. Now, the South Pars output is 2.5 times higher.

Over recent years, increased international sanctions provided a chance for Iranian companies to work further in the interest of Iran’s petroleum industry. Trust in these companies was symbolized in the awarding of EPC contracts in south Pars to domestic firms within the framework of various consortia including Iran Marine Industrial Company (SADRA), Iranian Offshore Engineering and Construction Company (IOEC), Iran Shipbuilding and Offshore Industries Complex Company (ISCOICO) and Iranian Industrial Development and Renovation Organization (IDRO).

It may be interesting to note that Iran is now able to build offshore pipes, wellhead platforms and even oil and gas processing platforms and refining facilities.

When development work started in the 1990s in South Pars, Iranian companies used to build platforms and jackets for Samsung, Total, Eni and other foreign companies for SP1 to SP9. But now the same companies are leading the projects and handle all offshore and onshore activities although they may be slow.

Refineries Set to Be Completed

A number of remaining refineries in SP13 and SP22-24 are to be completed in the current calendar year. Despite all problems and restrictions including foreign constructors not honoring their pledges, owing to Iranian engineers; turbo expanders would start work in the refinery of SP13, SP19 and SP22-24.

Activating the contractor for the onshore sector of SP14 is another measure taken in the South Pars development. Except for SP11, all phases have become operational and only the SP14 refinery remains to become operational. Based on planning, the first train of SP14 refinery would be launched by the end of the current calendar year. The gas produced at SP14 is currently taken to the refinery of SP12 and SP19 for processing.

Completion of eight gas condensate storage tanks, each with capacity of 500,000 b/d, is another achievement of Iranian contractors in South Pars. These tanks would supply feedstock to the Persian Gulf Star refinery that runs on gas condensate.

According to Meshkinfam, the second stage of South Pars development would involve “maintaining and preserving production” because this field accounts for a big share of energy supply in the country.

South Pars supplies more than 75% of Iran’s gas needs, as well as 40% of gasoline production needs. That is why POGC plans to keep the 75% share unchanged by developing other fields and boosting pressure in the South Pars wells over 25 years.

Meshkinfam said POGC would proceed with its operations, hiring Iranian labor. “We have made plans to avert any disruption in gas production in the event of persistent sanctions and by relying on homegrown knowledge and capacity, we will pursue development and production.”